On the 24th of February in the hotel „Marinela“, Sofia was held the annual legal awards in Bulgaria. The glamorous event, also known as „The Ball of the lawyers“ attracted great interest from both the business community and the media. Gugushev & Partners Law Office won the most prestigious award among the law firms, namely „Law Firm of the Year“. Organizers of the authoritative event were Balkan Media Association and Sofia Bar Association. The award for outstanding service in the field of law was received by Prof. Ognyan Gerdzhikov. Impression made the presence of the President of the International Bar Association for 2014 – 2015 Mr. Miguel Luinaz who came to Bulgaria exclusively for the exquisite event.

The Ball of the lawyers also had a charitable nature, and the funds raised were donated to three wonderful young children suffering from cerebral paralysis - Nati from Bourgas, Bozhidar from Nova Zagora and Snezhanka from Sofia.

Gugushev & Partners Law Office thanks its employees, colleagues and legal journalists for their support and voted trust as well as congratulate the winners in the other categories, and all those who were nominated. 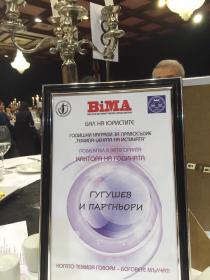 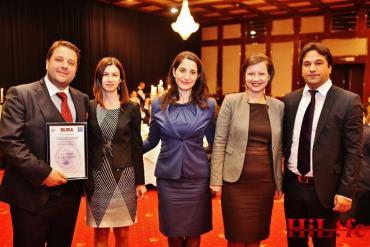